EXCALIBUR
2006 Organized in Tokyo, Japan. Based in Tokyo and Kyoto, Japan.

With the theme of reality or virtual or its overlap called "Street Ethernet Field", I create art that transforms into popular records and reasons, by crossing personal memories and sensibility with "Japanese myths". And then, I make all boundaries of cultures ambiguous, such as club culture and otaku culture.

Contemporary is the retro games of future.
"Pixel" for me is a "door" at the border between reality and virtual. We enjoy and create the richness of the world with the electrical signals of neurons. It is like digitally receiving the reality of the accumulation of minimal data called elementary particles. If you think that way, this world can be regarded as a high-resolution image with human touch. There is a mass in the information called an "element", but we can not usually perceive that the information is touched. Then, isn't there a mass that can not be perceived as touching our emotions as well? And isn't it a cell smaller than elementary particles that human beings have not yet found? "Pixels", the virtual piled with the smallest data, are providing an excellent entrance and exit to the prediction of reality with such imperceptible tactile sense as a paradox. Whether real or virtual, when we look at something, our brain is already touching the doorknobs of the world. I hope that my expression is the key to move back and forth for the door. 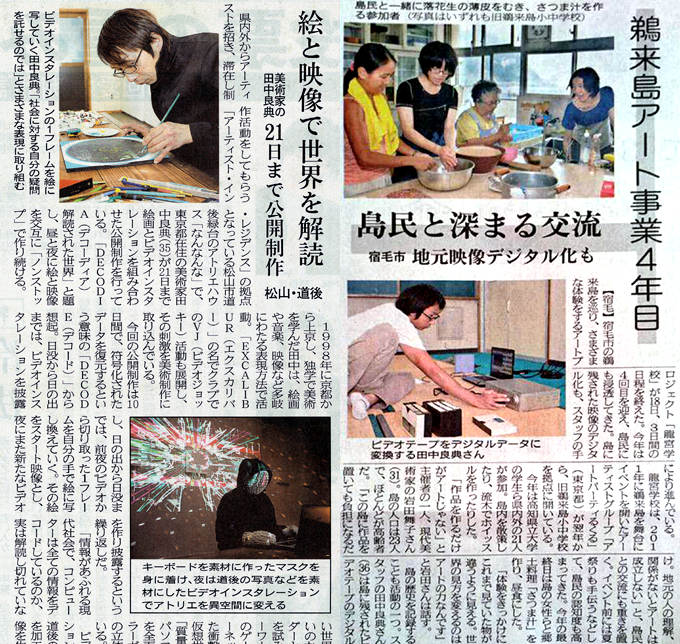